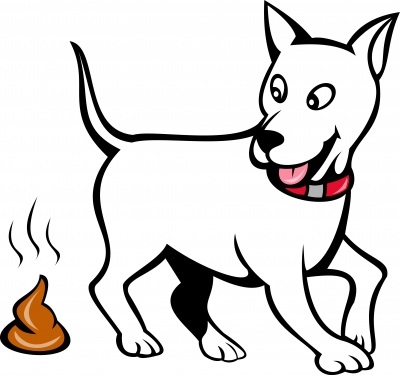 In Naples, Italy they are starting to implement a new plan to DNA test dog poo, to catch lazy dog owners.

Yes, that’s right! And this plan is also making it’s way to Israel, Canada and the United States.

Dogs will be registered and have cheek swabs performed. Owners failing to collect their dog’s doodoo will be fined 500 Euros!

What do you think?! Do you think this is a good idea? Would this plan work in Hong Kong?

I for one, think this is not the best idea because of the cost and size of this poopy operation.

I think putting a ransom out for catching people in the act of a dump and run would be better. Let’s put people to work!

With everyone these days having a smart phone, the fear of getting caught by the public poo police will surely make a poositive difference! The penalty could be $3000HKD with $1000 going to the videographer.

Do you have a better plan?! Let’s hear it!

Have a great weekend!
Mr. J

This entry was posted on March 8, 2014 by theguestroom in Pollipops.