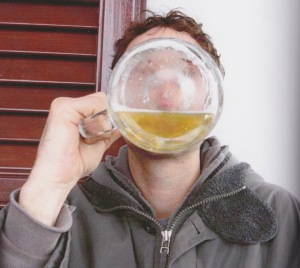 “I’m not proud of being an alcoholic, but I am proud to have a job again,” said Schiphorst, a 60 year old former construction worker. Schiporst is one of the many employees in a ‘work for beer’ program started by the government funded Rainbow Foundation last year.In this programme, workers are given two beers before work in the morning, two more at lunch and one more after their shift.  In addition to the alcohol, they are given 10 Euros and half a packet of rolling tobacco.

One of the Amsterdam’s main parks, Oosterpark was becoming an unsafe drunken playground for the unemployed.  This program has taken those unruly inhabitants off the streets and put them to work.  They are now cleaning the streets and making the city a better place to live.

Whereas before, many of these employees would spend their days drinking bottles of hard alcohol, they are now only drinking beer throughout the day.  This has given them a step in the right direction similar to Dutch methodone clinics.

The New York Times article goes on to say that Schiphorst started drinking heavily in the 1970s after finding his wife, who was pregnant with twins, dead from a drug overdose.

Alcoholism is real.  In a perfect world we would be able to just take this group of individuals and give them high paying jobs with perks and homes.  However, the other extreme solution is seen in so many countries around the world, push them out and lock them up.  So, I applaud the Dutch for taking the step.Getting this group of individuals back to work, builds their self-esteem and confidence to take this new life one step further.  It makes perfect sense and I hope there have supporting programmes in place to facilitate their progress.

Different people have different ambitions.  Most people are motivated by money.

Do you think this programme would work here in Hong Kong?  Perhaps a programme paying people in Mark 6 tickets or Hong Kong Jockey Club vouchers?
Also, would a programme similar to this help Americans, sorry Americans, and their unhealthy food habits?I’d love to hear what you think!  Let me know in the comments below.

Have a great weekend everyone!

5 comments on “pollipops: Work for BEER!”