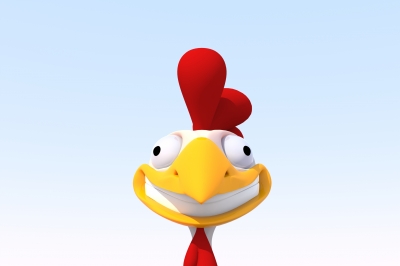 Don’t worry folks! HK Standard is on the case!

While browsing the news for possible blog topics, I came across a meaty one!

Top story in the free, and most circulated, newspaper here in Hong Kong, was the story of how the H7N9 21 day chicken ban was lifted on a sale of Hong Kong poultry.

Typically I’d fly, or rather run right on past this story, but something made me read on, and I’m glad I did!

I was quickly hit by quote after quote of mouth watering drama!

Had I skedaddled on, I never would have known about the famous Hong Kong pace that happened at the market that morning.

The Standard article, referenced below, was stuffed with enthralling cutting edge interviews!

Early on, the interviewer came across a delighted Mrs. Chow, at one stall offering a special discount.

After using some powerful journalistic tactics, he discovered that the “housewife named Chow bought 12 birds as she took advantage of the buy-one, get-one promotion”!!

The interviewer then lucked out with the dream quote!

“A man named Chow said it was not a bad deal. “It was like we were given half a chicken for free at that price.”

But this wouldn’t be a true Hong Kong story if there wasn’t some major drama!

You see, the stocks sold out very quickly that morning, my friends.

And it left some of the shoppers in a tizzy!

A “woman, named Cheung, lamented she had arrived too late for the promotion.”

And another, “woman named Lam said she thought she could buy a chicken for HK$100 “but it cost HK$200 for one.”

Tomorrow morning at the wet market should be a doozy!

Another he said, she said mess!

But rest assured! HK Standard will have a big chunk of prime real estate on their front page to beak it down for us!

2 comments on “pollipops: STOP the presses!”

This entry was posted on February 21, 2014 by theguestroom in Pollipops.