Griffin it! Pop music…tunes to drink good beer to!

I’m going to combine two of my passions this week: music, of course, and craft beer. This beery jukebox is sure to leave you in a state of sensory overload. You’ve been warned.

So, let’s get straight to it. 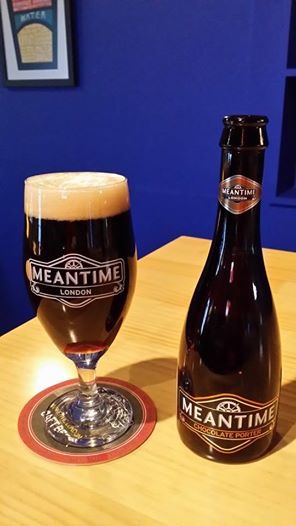 This dark, velvety porter is the result of four different roasted malts that produce a rich mocca flavor. Real chocolate is added during the beer’s maturation and is subtly evident in its lingering finish. Presented in an elegant bottle, the Meantime Chocolate Porter was a favourite in the Griffin household this Christmas, and at a hefty 6.5% ABV, certainly livened up proceedings!

Enjoy with: I’ve resisted the temptation of recommending anything by Gregory Porter (geddit?!), and instead offered something that – like the beer – is dark, smooth and sweet. Hailing from Illford, just down the road from Greenwich where the Meantime brewery is located, Robert Mitchell is an accomplished jazz pianist and former winner of the BBC Young Jazz Musician of the Year award. I once had the pleasure of seeing him at a Sunday jam session at a pub in Brixton, south London, and was blown away. More recently he’s pioneered a movement to bring jazz back into the consciousness of a younger British audience with his band, The Robert Mitchell 3io. Check this nice interpretation of the beautiful Massive Attack tune, Teardrop.

This Flanders red or sour type beer is brewed by Brouwerij Verhaeghe in Belgium, and has a distinct wine-like quality to it. It is a challenging beer (not designed for session drinking), and certainly not to everyone’s taste, but approached with an open mind and palate, may well end up as one of the most rewarding beers you’re ever likely to try. It is a blend of 8 and 18 month old ales that have been matured in oak casks.

Best enjoyed with: Tricky one this. Not only due to the complexity of the beer itself, but also since I know next to nothing of Belgian music (do they have music in Belgium?) So I’ve kind of cheated here, but feel I’ve found a tune that represents this delightful elixir. With its historical ties to Belgium, I’ve chosen a piece by a band from the Congo, called Konono No. 1. Like the Duchess, this particular tune, Lufuala Ndonga, with its wicked thumb harp(!) is quite difficult to palate at first, but after a few listens it may well win you over…or it might just give you headache which, I suppose, is another similarity with the beer! 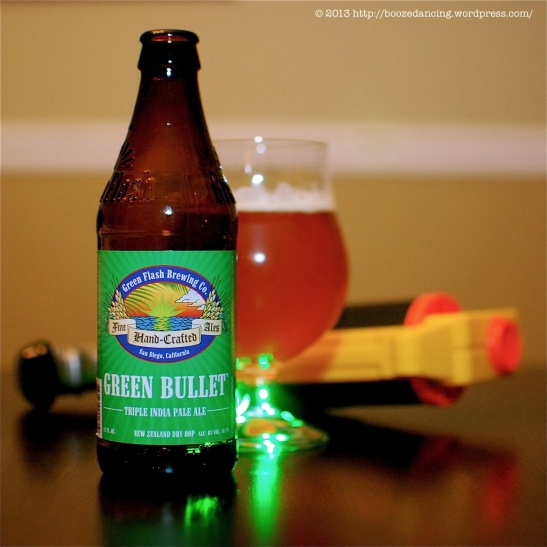 California-based Green Flash Brewing Co. are one the most renowned and respected breweries stateside, and this sledgehammer of a beer is one its most notable offerings. As a triple IPA, it is a beer for dedicated hop-heads and is named after the particularly robust New Zealand hop. Definitely not a session ale, at a whopping 10.1% ABV, this is a beer that after one bottle will leave you with a full-on body buzz, and a second may well have you texting things you really shouldn’t.

4 comments on “Griffin it! Pop music…tunes to drink good beer to!”

This entry was posted on February 9, 2014 by theguestroom in Griffin it.