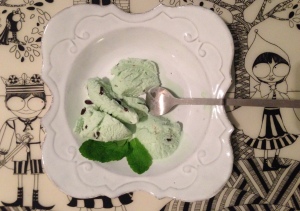 By now you have probably heard of the boyfriend who jumped 7 floors down to his eventual death in a Chinese shopping mall. Basically after five hours of Christmas shopping, the girlfriend just had to go into one more shoe shop. This lead to quite an argument and the boyfriend ended it with a bad decision. I say that, because he’s dead. And she’s alive.

Today, I read another story with a similar theme from China. In Beijing, a dozen residents of a Chinese city drank pesticide in protest of their homes being demolished. They drank the pesticide, felt nauseous and dizzy, and were then taken to the hospital. Luckily they all survived.

Basically they were frustrated because in previous attempts to protest this planned demolition of their homes, they were met with violence. So, to avoid getting hurt by police, they decided to hurt themselves. They did get a lot of attention for this, but unfortunately it won’t change anything.

So, what’s leading to such poor decision making? And more importantly how do you stop yourself from making such rash decisions?

If you don’t have access to ice cream. Try stepping away from the situation whenever you reach that level of rage and put things into perspective. It may not be easy to get away and you may have to forfeit the last insult to your enemy number 1, but anything that keeps u from dying in a mall is a win.

So, let’s stay calm. I don’t want to read in the papers about any of TheGuestRoom readers losing their cool!

What’s your secret for staying in control under stress or in arguments?

Have a wonderful weekend!
Mr.J